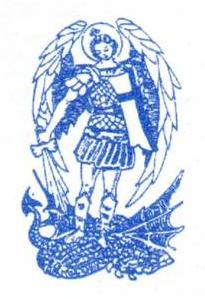 After a successful year as Zerubabble E Companion John Watkins handed over the chair to E Companion Peter Wright. During his year John had held two exatations and the Chapter performed the Vacant Chair Ceremony. The Installation meeting was joined by E Companion Tony Burke, Past Provincial Third Grand Principal, representing the The Most Excellent Grand Superintendant. E Companions Peter Barnes and John Burton became Haggai and Joshua respectively. After the team was nominated the Chapter was closed and the Companions reassembled for the Festive Board. After the food cometh the toasts and all were proposed in good order with John Boughton proposing the toast to Z and E Comp Terry Lynn singing the Song to the Three Principals. A raffle was held raising £106.00 to the charity pot and Edwin the Teddy Bear was claimed by Hull Old Grammarians' Chapter 5129 represented that evening by Graeme Reid. As the evening drew to a close we formed a masonic chain and sang Auld Lang Syne, "sad to part but happy to meet again."

Scribe E attended the Installation at Wilberforce Chapter on 22nd where he became the guardian of Edwin Bear. His owner is King Edward Chapter 660, and he started his travels on 17th November 2017.This was the Chapter's 150 birthday party. Stephen has informed the Wilbeforce Chapter of the teddy's  whereabouts and will be bringing him along to our next Chapter meeting.

The Chapter of St Michael performed the Ceremony of the Vacant Chair, by kind permision of Provincial Grand Chapter. Whilst this is normally takes place in Craft Lodges the Chapter felt it was appropriate to also carry out the ceremony.

On the agenda was the election of the Three principles,Treasurer and Accounts Examiners. These were carried out and E Comp Peter Wright, E Comp Peter Barnes and Comp John Burton were duly elected as Z,H and J respectively. We wish them well for their year in these offices.

Next there was a Eulogy for E Comp John Charles Stead, ISM, VR, passed 24th September 2019, given by his son Mathew Hill Stead. A moving tribute.

The Chapter was then "Called Off" and set up for the re enactment of The Vacant Chair. This was carried out with due ceremony and respect by all, a particularly moving and poinient moment was when 'Z' John Watkins played Last Post and Reveille on clarinet.

The Chapter was closed and we retired to the bar for the Festive Board and to reflect on what had taken place, the evening was closed with the linking of arms and Auld Lang Syne and we parted in  harmony.and peace.

At the regular May meeting the mysteries of the Royal Arch were introduced to Master Mason Peter White, we wish Companion Peter many happy years in the Chapter.

At the regular April Meeting (18th) the mysteries of the Royal Arch were introduced to Jonathan David Peter Nelson from Citizen Lodge No 2911 who was Exalted to Companion. We wish Jonny many happy years as a Companion of the Royal Arch.

At the regular meeting on 18th October the Chapter of St Michael was well attended as the Third Grand Principal, E Comp. David Jackson visited with a team of Officers from Provincial Grand Chapter. The ceremony was an exaltation: the MEZ'z son, Matthew Hillstead was introduced to the mysteries of the Holy Royal Arch. Probably the tallest person there, he was certainly the youngest; he made an excellent Candidate.

Excellent Companions Peter Wright and Eddie Wildman stood to give greetings from the Chapter of St Michael on Tuesday 3rd July at the Technical Royal Arch Chapter 5666 where Shivkumar Gopal was exalted as a member of the Supreme Degree.

At the annual Convocation of Provincial Grand Chapter held at York Racecourse on Saturday 12th May 2018 Excellent Companion John Charles Stead, MEZ of the Chapter of St. Michael, received a first promotion to the rank of PPGSwdB.

At the meeting held on Thursday 19th April Bro Peter Stokes was exalted into the Chapter of St. Michael. Congratulations to Comp. Stokes.

At the Installation meeting held on Thursday February 15th E. Comp. John Charles Stead Ism VR PPGSoj was Installed as Z of the Chapter of St. Michael 7833. E. Comp Stead becomes the first Companion to attain the Z's chair of the Chapter for a second time, the first being in 2008.

2. At the Convocation of Provincial Grand Chapter held at York University on Saturday 30th April 2016 the following honours were bestowed upon members of the Chapter of St. Michael No. 7833: -

At the October meeting Bro. Dimitru Bucur was exalted into the Chapter of St. Michael.

On Monday 26th E.Comp. Wildman & Comp. Allinson attended at the Wilberforce Chapter 2134 for the Installation ceremony.

On Thursday 21st May The Chapter of St Michael 7833 enjoyed the Daggards' Chapter Experience with E Comps Terry Lynn and Eddie Wildman taking the roles (+ beards, noses and hats) of the many characters featured in this lively production, which the Representative of the M E Grand Superintendent, E Comp Ian Tissington, ProvGScN deemed "suberb." The introduction was given by E Comp Ean Blair. The Companions and visitors contributed very generously in support of the Daggards' charitable enterprises, and Terry thanked them for their kindness, assuring them that the money would be properly applied. Pictured at the festive board: Terry and Eddie behind Ian Tissington (Rep) and Charles Stride (MEZ.) - Words ERW.

On Tuesday 5th May the MEZ attended the Technical Chapter meeting for a presentation on King Solomon's Temple and its Creators by E. Comps Paul Harper, David Johnstone & Eddie Wildman.

At the April meeting, Haggai Elect, David Broughton, was presented, installed and obligated as the Second Principal of the Chapter by the Most Excellent Zerubbabel, who then installed Companion John Watson as Second Assistant Sojourner. The Representative of the MEGS thanked the Chapter for the warm welcome and excellent ceremony.

The MEZ received a warm welcome at our Mother Chapter, Brough 5464, when he visited on Tuesday 24th February. The exaltation of Bro. Timothy Brown was carried out in an excellent well organised ceremony performed by MEZ Peter Moore, his Co-Principles and the Companions of the Brough Chapter. MEZ Stride was accompanied by E. Comps Bennett, Coates, Wildman & Wright. E. Comps Bennett, Coates and Wright being members of both Chapters. The evening concluded with a very cordial Festive Board.